When you want what you want and nothing else will do, Lynskey titanium bikes are our go-to solution.

The Lynskey siblings grew up in the 60’s with a family business specializing in custom metal fabrication and a customer base that included Olin Chemical, Kaiser Aluminum, Koehring Cranes, Boeing and Lockheed Aircraft, and Coca-Cola Bottling to name a few.
Mark, David, Chris, Theresa and Tim make up the Lynskey children. As the children grew the boys were assigned summer jobs in the family plant which allowed them to see and experience first-hand, start-to-finish, the many innovative, creative projects the business produced. They developed the same passion for metals that their Father (William ‘Bill’ Lynskey) had, and thus their expertise in working with metals was born.

When David suffered a knee injury he was told that is running days were over. His physician recommended a choice of cycling or swimming in the final stages of therapy. David chose cycling. He joined the local cycling club and became quite accomplished in his cycling competition. He decided his present bike was too heavy and had the idea to use scrap titanium tubing (from the plant) to design and build himself a better frame. He worked nights and weekends perfecting his geometry and engaged the help of his brother Chris, to weld the final design. David raced his new titanium frame and friends began to marvel at the light weight and responsiveness of this new frame.
Shortly thereafter, it was suggested to David by a well known triathlete who admired the looks of this Ti frame that he display his work in a regional bike show in Southern California. He did and thus in 1986, the first fully functional Litespeed titanium bicycle frame was introduced to the industry. Designed, fabricated, and marketed by the Lynskey family in Chattanooga, TN.
The LITESPEED Company grew for the following 13 years and in 1999 after much deliberation the family decided to sell. Mr. Bill Lynskey (Dad) had passed in 1997 which was a tremendous loss to the family and the Company.
After the sale was finalized, each family member became involved in their chosen personal projects. However, their passion and interest for cycling never ceased.

A few years passed and in 2005, the sons began expressing their desire to come together and create a new business venture. After many discussions the decision was made. The plan was to ‘again’ build titanium bicycle frames, concentrating on Custom frames for the many cyclists who were now showing a desire for ‘custom’ work. Their love for the sport and a desire to continue using their favorite metal, titanium, the decision was finalized. With dedication and a passionate spirit, the goal was “to have a bike that does exactly what you want it to do, fits you exactly the way you want it to fit, and looks exactly as your heart desires.”
January 1, 2006, Lynskey Performance Products opened the door to a new and exciting return to the cycling sport they loved and working the metal they trusted. Family members came on board one by one, as did previous employees who had moved on to other adventures. The respect earned from the family’s historical success creating Litespeed Titanium, and the top quality work produced, six years later had not been forgotten.
The Lynskey family members each have designated roles in the business and each possesses a different and complementary skill, when combined, make for a great team. 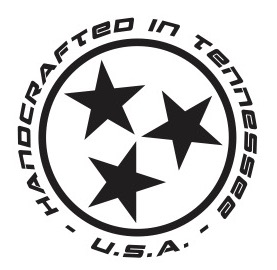